It is completely normal for your dog to sneeze occasionally. Sneezing isn’t always something to worry about. However, it is important to be careful when your pet sneezes all the time.

Does your dog sneeze all the time? This reaction can hide some much more serious health problems such as infection or disease. What are the causes of frequent sneezing in dogs? What to do in this situation? Read this article to get the answers to all these questions.

Causes of your dog’s excessive sneezing

Sneezing is often associated with the common cold. the canine rum manifests itself, in fact, by sneezing, which is the sudden outflow of air from the lungs to the nose. So, when your dog sneezes, it’s probably because he’s reacting to an allergen or an irritation in the nasal passages.

However, if the sneezing continues incessantly, then the cause is no longer benign. This is a real problem, the causes of which can be multiple. Many illnesses and infections are manifested by excessive sneezing.

Your dog has caught a cold

Just like humans, sneezing and a runny nose are classic symptoms of a cold in dogs. Your pet may sneeze excessively after catching a cold, this is called a canine cold. While cold symptoms can be quite mild, it’s important to monitor your pooch’s condition to avoid any complications, especially if it’s an older dog or puppy.

The appearance of other symptoms, such as cough, high fever or vomiting, should alert you. A cold can hide a more serious illness, such as bronchitis.

Bronchitis is very often accompanied by a runny nose and is mainly manifested by a cough, the characteristics of which may vary, depending on the form of bronchitis (acute or chronic). It is important to diagnose and treat it quickly. So, if your dog starts coughing in addition to sneezing, it is important to consult the veterinarian. 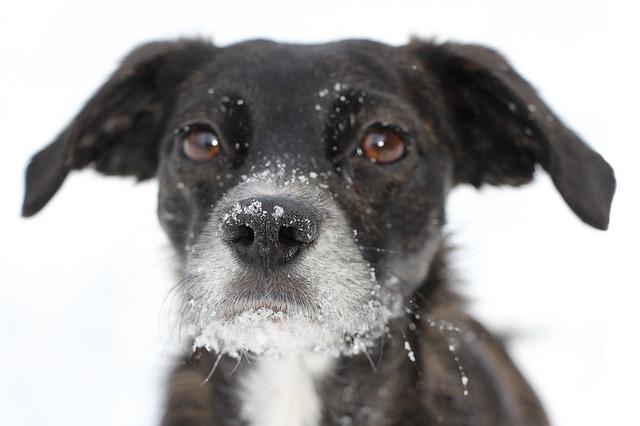 The presence of a foreign body

Your dog may sneeze all the time due to the presence of a foreign body in his nasal passages. The foreign body in question can be seeds, objects, thorns or even splinters. This foreign body irritates the nasal cavity of your companion, and he will try to evacuate it through sneezing.

When your dog’s excessive sneezing is due to the presence of a foreign body, your pet will tend to shake its head and rub its nose against objects. In addition, sneezes are often very violent and they appear suddenly. In this case, you should take your pet to a veterinarian to remove the foreign body.

Dermatitis is an allergic skin disease. It occurs when the animal’s skin is exposed to certain substances such as pollen and mould, and its body reacts through the production of antibodies. This allergic disease is mainly manifested by very frequent sneezing.

If in addition to sneezing, your dog’s body is itchy with a runny nose, it is probably dermatitis. When not treated quickly, dermatitis can lead to skin infections and lesions. It is therefore important to consult a veterinarian as soon as possible when your pet shows symptoms of dermatitis.

An infection or disease

Your dog’s frequent sneezing may be due to an infection, especially when accompanied by cough and difficulty breathing. Indeed, when a dog coughs a lot, it can be a manifestation of a serious illness.

In addition, breathing difficulties should alert you and lead you to react as quickly as possible. Kennel cough, for example, is a seemingly benign disease, which manifests itself in most dogs by a dry cough accompanied by yawning. When it is aggravated, it is manifested by repetitive sneezing, nasal secretion as well as gasping breathing. In the event of a severe form of kennel cough, hospitalization of your pet is necessary.

Also, infection with a fungus can cause your dog to sneeze all the time. This infection called “Aspergillus” can also manifest itself by other symptoms, namely, the flow of a thick liquid from only one nostril or depigmentation of the nostril.

A tumor located in the dog’s nasal cavities may also be the cause of your dog’s repeated sneezing. The most common tumor in dogs is squamous cell carcinoma. It very often affects large dogs aged 8 to 10 years. It is manifested by frequent sneezing, accompanied by nasal discharge containing blood, accelerated breathing and bad breath. 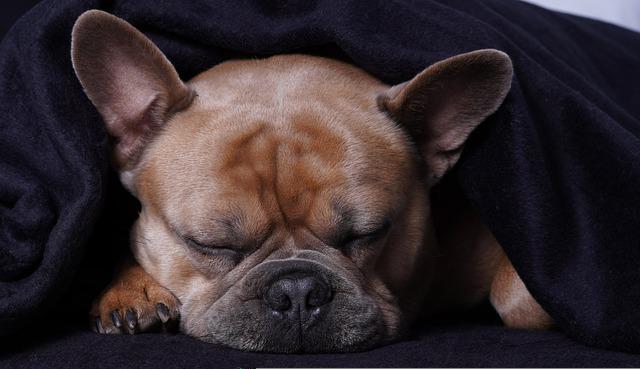 What about the reverse sneeze?

There is reverse sneeze when your dog sneezes while inhaling rapidly through the nose. This phenomenon looks like a kind of spasm, sometimes quite spectacular and accompanied by a noise that can make you think of a mixture of coughing and sniffling.

When the reverse sneeze occurs on an ad hoc basis, there is no cause for concern. The possible causes of these spasms, most of the time absolutely harmless, are so numerous and varied that if the episodes of reverse sneezing remain brief and transient, it is not necessary to seek to understand their origin. It can be an allergic reaction, irritation caused by a small foreign body, even overexcitement. However, you can try to help your dog by gently massaging his throat.

However, if your dog is prone to very frequent reverse sneezes or shows signs of distress, it is important to act quickly. Generally, in the case of recurring symptoms, veterinarians proceed to screening tests for allergies or nasal cancer. Antihistamines may be prescribed in case of pollen allergy. Finally, the presence of a foreign body stuck in the throat can be the cause of these crises. Some cases require the intervention of a specialist who alone can remove the object.

What to do when your dog sneezes all the time?

When your dog sneezes all the time, it is imperative to take him to the vet. The latter will carry out a series of examinations in order to detect the cause of the evil and then prescribe an appropriate treatment. Depending on the severity of the sneezes, a simple physical examination may be enough to determine the cause of the excessive sneezing. Sometimes, it will be necessary to carry out some additional examinations.

Following these clinical examinations, a treatment will be prescribed according to the cause of the illness from which your pet suffers. For example, when repeated sneezing is linked to the presence of a foreign body, a simple spray may be enough to clear your dog’s nasal passages.

Similarly, in the event of illness or infection, antibiotic medications may be prescribed to relieve your animal. In much more serious cases, hospitalization may be necessary, or even the performance of an operation under anesthesia. Either way, avoid self-medication as much as possible.

Also, it is important to pay attention to your dog when he sneezes a lot. You should mainly pay attention to the frequency of sneezing fits. When the frequency becomes too repetitive, you have to worry. Your pet’s condition should alarm you more when the sneezing is accompanied by certain symptoms such as cough, fever, difficulty in breathing, and bleeding nose. In these situations, it is essential to consult a specialist as soon as possible.